West Virginia added its sixth new scholarship player and seventh overall in the Class of 2018 when West Coast swingman Emmitt Matthews Jr. announced his verbal commitment to the Mountaineers. He joins Jordan McCabe, Trey Doomes, Andrew Gordon, Derek Culver and Jermaine Haley as scholarship players entering WVU this summer. Walk-on Taevon Horton is also slated to join WVU for the 2018-19 season, which means the Mountaineers will have turned over more than half its roster from a season ago. 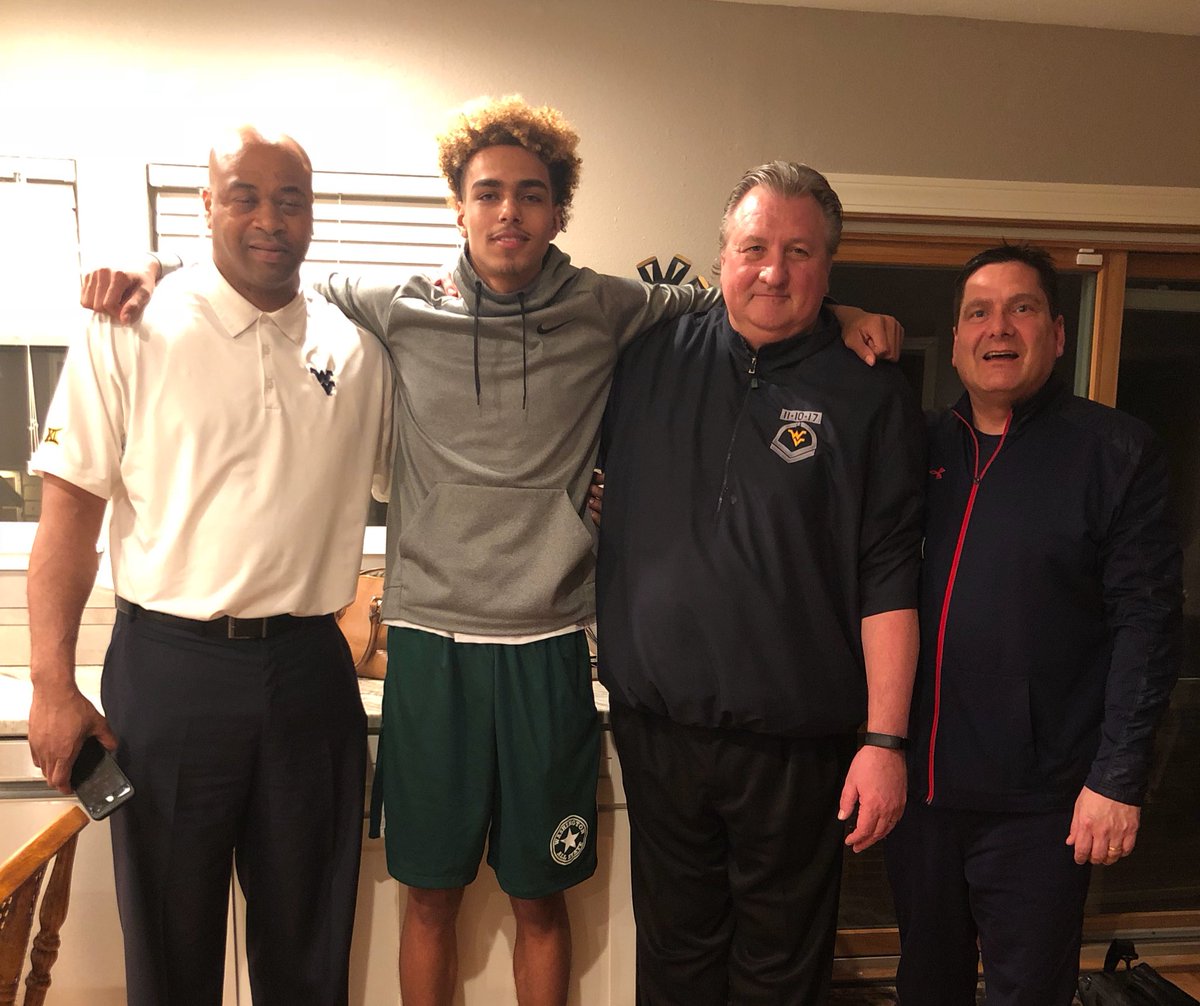 Matthews, who previously committed to UConn before rescinding that choice in the wake of the firing of head coach Kevin Ollie on March 10.  He had signed a letter of intent with the Huskies during the early signing period, but was released from that obligation by the school when Ollie was dismissed and he announced his intention to reopen his recruitment.

A 6-7, 190-pounder from Wilson High School in Tacoma, Wash., Matthews is a top-five rated player in the state. He could play anywhere from the point to the four position, but likely would be a two or three initially for WVU.

After Matthews decommitted from UConn, a number of schools reached out to him to gauge his interest.  Among those were Arizona, Oklahoma, N.C. State, Pitt, Georgetown, Virginia Tech, Washington, Washington State, Georgia and LSU. He also said he wasn’t eliminating the Huskies from consideration, but they didn’t appear to be in the race for his services once he announced he was reopening the recruiting process.

Matthews averaged 24 points and 10 rebounds during his junior season, and helped Wilson to a 21-8 record this past season.  He was the Tacoma News Tribune ll Area player of the year, the Class 3A Pierce County league MVP, and the coaches’ pick for state 3A player of the year. He averaged 22.3 points, 9.4 rebounds, 2.4 assists and 2.3 blocks per game while totaling 1,614 points and 744 rebounds at Wilson.

A Top 150 player nationally, he has the ability to defend any guard or forward, and should help West Virginia get back to a more versatile approach on defense.